Voice over is important for the success of your video. That doesn’t mean you need to go to great lengths to get it.

A lot of people think you need to have one of those super-snazzy radio voices to do good acting for your videos.

Unbeknownst to many, the world voice acting industry does not only consist of cartoons and epic movie trailers.

I’ll be detailing 5 of the different categories and styles of voice acting that offer opportunities for a thriving career as a VO.

Here are 5 of the various categories and styles of voice actor that offer opportunities for your career.

This is the category that most people think of when they hear the term “Voice Actor” or voice talents. Animated videos consist of images either hand-drawn or digitally animated by a computer to tell a story.

In addition to cartoons from networks such as video production like Nickelodeon and Disney/Pixar, animation consists of films, television, and web shows. YouTube has created a whole world of independent animation which is an excellent resource for people looking to develop their voice acting skills.

Commercial voice actors are often the bread and butter for how many VO talent make a living. The commercial category almost always involves promoting a product or service in the form of an advertisement to be shown on television, radio, web or social media. Usually, in the format :15:30 and :60 seconds

Commercial VO can pay higher wages due to union minimums, multiple regions where they may be distributed and advertising purchases/updates. Many VO talent record some of the most famous venues right from their home recording studios. Ads are usually seen to highlight the brand name on the spot and possibly “sell” what is being talked about.

VO narration is when a voice narrates over an image or film to help tell the story from either a character’s or a third party’s point of view. Think of the unrivaled documentary Planet Earth narrated by David Attenborough. You’ll find narration in most productions on The History Channel, Discovery, and National Geographic networks

#4. Voice Over for Audiobooks

Audio books have become one of the most popular forms of entertainment in recent years despite being around for almost a century. Thanks to companies like Apple Books and Audible with their ACX divisions for self-publishing writers, voice actors now have plenty of opportunity to thrive.

While some authors will narrate their own books and many celebrities lend their voices to popular titles, most audiobooks produced are from professional voice actors who play many roles themselves, sometimes directly from their own home studios.

The video game industry is one of the largest industries in the world. Even bigger than Hollywood. With so much attention and popularity, video games have created a huge opportunity for voice actors to make a living.

Everything from games on home consoles like Xbox, PlayStation, and Nintendo to Mobile and PC games, the opportunities are endless. Video games often require a great deal of effort, such as getting hit, falling, and even screaming which can overload the sound if not trained properly.

Now with video games that use motion capture and motion performance, sometimes actors are not only voice acting characters, but also models for body movements.

To make you more confident in your VO skill, you better learn through this voice acting mastery infographic: 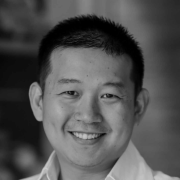 Andre Oentoro is the founder of Breadnbeyond, an award winning explainer video company. He helps businesses increase conversion rates, close more sales, and get positive ROI from explainer videos (in that order).

A Guide to Getting Renters Insurance Online

How can you Troubleshoot the QuickBooks error 6000 77