Most of us are familiar with Nokia phones. Till 2007, the brand ruled the world of mobile phones. Nokia had almost 50% of the market share. Most people preferred Nokia phones over any other brand at that time. It considered itself invincible, and the market agreed. They refused to follow the path companies like Apple and Samsung were following with their Apple and Galaxy devices. Instead of considering what users wanted, Nokia chose to perform R&D and opted to launch phones with their own operating systems and features. The trouble was that their tech wasn’t as advanced as the other market brands. As a result, people started considering Nokia’s mobiles outdated and shifting towards Apple and Android smartphone manufacturing companies like Samsung, HTC, Sony, and LG.

When Nokia’s R&D-based plans failed miserably, they chose to go with the flow—with one caveat. Instead of releasing devices that would run on Android, Nokia partnered with Microsoft and launched Windows phones. As expected, this turned out to be another expensive failure. From being the market leader, Nokia hit rock bottom in 2013. In a desperate attempt for staying relevant in the market, they finally decided to launch Android devices. Unfortunately, it was, as they say, too little and too late. Nokia’s market share dropped to almost zero. There was no turning back from this catastrophe.

The flagship Nokia manufacturing plant stopped operations, and the others followed. Finally, after a few years, a company named HMD Global started to roll out Nokia-branded smartphones. Unfortunately, companies like Apple and Samsung were light years ahead by that time. Nokia was once again lurking at the bottom of the smartphone market.

Nokia’s modus operandi has become a teachable moment for many. Even students can learn crucial business lessons from its downfall and apply them in real-life situations.

Here are three massive mistakes that led to the failure of Nokia:

After being on the top for so long, Nokia became complacent. They did not find it necessary to invest heavily in marketing or find new ways to promote products, even when Apple and Samsung began giving them a hard time. After Nokia’s downfall, it became clear that effective marketing strategies are crucial for any company’s survival. Unfortunately, Nokia believed so much in their products and R&D that they didn’t find it necessary to make an effort and investment to promote their products in the market.

On the other hand, Steve Jobs hosted a grand event when Apple introduced the first iPhone. The product was very different from what Nokia offered, and it turned out to be ground-breaking. The Samsung Galaxy S also made an impact on the market. Plus, because Android is Google’s software, Samsung got access to a much larger customer base. Samsung has always been great at marketing their products, despite being one of the leading smartphone manufacturers in the world.

Apple’s first iPhone mainly became successful because their products have always been reliable, and the overall software experience has been quite stable. In essence, they replicated the stability of MacOS in iOS. They also launched multiple built-in apps, which turned out to be massively successful products in their own rights, like iTunes. While Apple did choose a different path, they stuck with the trend. They launched a smartphone with a store for downloading as many apps as you want to enhance the functionality of your device.

Meanwhile, Nokia was busy doing experiments and did not care about the crucial developments in the mobile industry. Their devices used to come with fixed features and functions. Even though they had an “app store” of their own, it was useless. Additionally, Nokia didn’t even market their products effectively and tried competing with Apple and Samsung. Ultimately, Samsung, Apple, and other smartphone companies grew rapidly, and Nokia lost its popularity.

Android and IOS were more successful than Nokia’s outdated software because Apple and Google/Samsung had performed years of research, development, and testing. In other words, they did not want to enter the smartphone market without preparation. Nor did they want to take any desperate decision to outright compete with the market leader at that time, Nokia. Instead, they worked patiently and always kept the convenience and requirements of the customers in mind. It was another thing Nokia lost sight of when they were at the top.

Apple not only created the iPhone, but they also launched products and apps to support the device. They intended to create an entire ecosystem of devices that supported each other. This is why so many Apple has many loyal users who don’t feel the need to switch to Android. Apple is still getting billions of dollars in revenue, and sales are only rising.

Android is open-source software. Companies like Samsung developed their software based on Android. As a result, their phones have Google’s and some of Samsung’s own apps. In addition, Google expanded the functionality of Android by introducing operating systems for smartwatches, tablets, and even laptops.

Nokia was never interested in making their devices cross-functional. They also failed to explore the possibility of creating an adjacent market or ecosystem for their products. This was probably the biggest reason people started considering Nokia’s technology to be outdated. Nokia always wanted to play safe and stay on top of the market. Their innovation was quite restricted, and they never chose to shake things up. Nokia’s resistance to change became the biggest reason behind their downfall.

3. Investing in R&D and Not Considering User Feedback

Now, research and development (R&D) is important for every business. But, Nokia failed miserably because their R&D had no proper direction or goal. Instead, they invested millions of dollars in adding features to their devices that users just did not demand! For instance, they launched two phones with cameras that had massive sensors. But, those phones had an outdated OS and didn’t provide a positive user experience. Is it any wonder those models failed to wow the public? Unlike Nokia, PhD Dissertation never fails to wow students with our affordable PhD case study writing services in UK.

Also, your venture is bound to fail when you perform R&D without considering user feedback and requirements—something we never do! The reason why Google and Apple’s R&D worked is that they first analysed their competition and the needs of users. Before the smartphone revolution, phones came with limited features. Now, there’s an app to add almost any feature you want!

Browsing the internet was also a struggle for Nokia devices. Back then, even simple websites like Google used to take around 2-5 minutes to load on their phones. Therefore, Nokia ignored what customers wanted, i.e., to use the internet efficiently on their phones. Apple, Samsung, and LG considered this requirement when designing their inaugural devices. And guess what? Browsing was much easier on the phones they came up with!

So, What Did We Learn?

Nokia chose to go against the trend without proper planning. They were so confident about their position in the market that they didn’t consider changing, nor did they value the needs of their customer base. Ultimately, they failed, just like students who choose to work on dissertations and case studies with substandard assistance, instead of opting for PhD dissertation writing help.

Thousands of students only trust PhD Dissertation—and there’s a good reason for that. It’s because we provide the best PhD case study writing services in UK. So, if you are a business student who wants to score well, opt for our PhD dissertation writing help today! 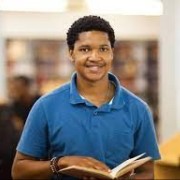 Whether it’s writing informative blogs or delivering flawless dissertations on time, Mark Guptil can do it all. He is one of our highly experienced academic writers who has mastered the art of producing high-scoring dissertations. He is also a great researcher who has published dozens of papers in highly ranked journals.

Best Make Fashion Blog You Will Find This Year

Renting Vs Buying: Which is Better For Your Wallet?

IELTS Speaking Test: Things to Keep in Mind to Crack the Exam

What is Thyristor? Characteristics of Thyristor

Tips and tricks for IELTS Training course In Dubai

Who to Choose Top Montessori School in Carrollton US